Power in Pakistan has been shared equally by the politicians and the military. We all know that the establishment influence over political governments has always been there even when it has not been directly in power. A fact not one straightforward Pakistani can deny.
My question is :- Are the politicians solely responsible for all that is wrong with Pakistan?
In my opinion a nation gets what it deserves. We have our independence since 1947 but we Pakistanis have not been able to handle it as a nation should handle its independence and sovereignty.
We are far from being a nation in the true sense of that term. We are a bunch of people of so many varying ethnicities, speaking so many different languages, adhering to so many different religious sects and so on.
We are a bunch of people divided on grounds such as political affiliations, ethnicities etc and now even on gender basis.
This bunch of people as a whole have NOT yet gelled or come together as a nation. Most of us are indifferent as long as it is hunky dory for us. Who cares as long as I am good and enjoying life. Rest be damned.
The day this bunch of people cements as a nation and what matters to this bunch of people then is Pakistan and it’s well being all else will fall in place. Simple as that.
So far leaders and people alike have handled this independence for themselves not for PAKISTAN.
I hope someday the leaders and the led realize it all and come together as one solid rock.
March 10, 2020

Life from childhood and all along the road is but a dream that is full of fantasies of sorts. We adopt heroes and want to be like them. Anything and everything starts with a dream and with fantasizing it. Some dreams materialize but most do not. And it goes on and on. That is life!

The degree of arrogance when in power determines the degree of adversity in disgrace that awaits such arrogant people. People in power MUST know that it is NOT forever. As a once powerful man I was humble with my tribesmen and this is how they honored me when I returned home as a NOBODY 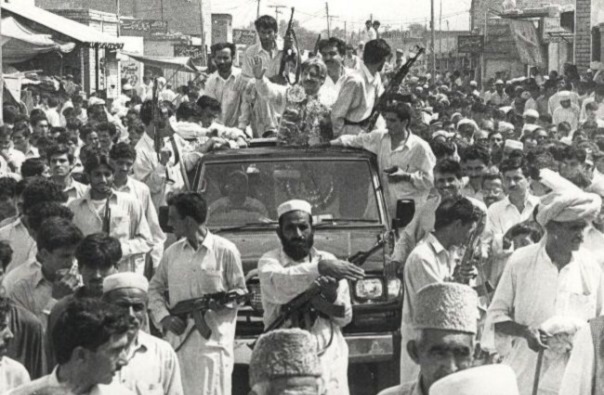 I pray to ALMIGHTY ALLAH that even if common Pakistanis like me cannot see those actions for some obvious reasons that I do understand very well Pakistan, in fact, is alert and active inside and is taking due measures to meet all possible hypotheses that can threaten its integrity

South Asia is headed towards turmoil and a situation wherein Pakistan may find itself tightly cornered. Pakistan may then have to face fait accompli or be left with the only option of facing an undesired and totally destructive war. Kashmir is just the launchpad towards all that

By the way Kashmir is being played out on twitter, there is a fear setting in amongst Pakistan’s 220 million people that while a huge and real threat looms over Pakistan the unity, urgency and expediency that was witnessed in 1965 and 71 amongst the people and the rulers is missing

When something like the Indian atrocities in Indian Held Kashmir happen anywhere people become refugees in neighbouring States. Kashmiris should have fled to Pakistan and AJ&K. That hasn’t happened. My guess:- Because the Kashmiris intend to fight and win, come what may. INSHAA ALLAH

It takes just two brain cells to figure out that the choice of the Kashmiris will then be that of having their own independent State. This, in fact, is the solution that the world powers, possibly besides China, would prefer to bring about. The reasoning herein is easily decipherable

The war that India will try to impose will then be stoppable only by the permanent members of the UN Security Council which will then, in all probability, order the long promised right of self determination to the Kashmiris with an additional option of an independent State of Kashmir